Our Winter has been a very snowy winter thus far; and, really, it is not even officially winter until December 21st.

Our first snow storm of the year hit the day before Thanksgiving. It really wasn't all that bad, but it was pretty and did slow down driving some that evening. But, not enough to keep me totally home bound.

It was just too nice not to grab my camera and take some pictures at the park. Actually, Mark was amazed that we were getting that much snow and it wasn't even Thanksgiving yet, so he was trying to take a few pictures with his cell phone. That was all the encouragement I needed to grab my camera and tripod and have some fun.
(Now, some of you may be wondering "Who is Mark?" That is another post entirely. Some day I may even get around to that. For now, let me just say "Thank you Catholic Match for bringing TN and MN together!")

Tuesday, November 30th, we awoke to a winter wonderland.

Friday, December 3rd, ushered in yet another storm. Which provided plenty of fun for Magdalene's 10th Birthday party on Sunday, the 5th. I will post pictures of her birthday in a separate blog!

So, tonight after dinner we all bundled up in our snow gear and went out to play. 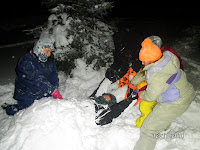 Oh no... I am being swallowed by a snow-a- constrictor!
The kids really enjoyed burying me in the snow! 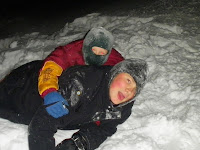 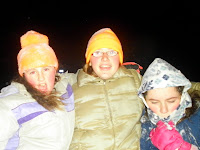 I don't think Kolbe enjoyed it much! In some places the snow was taller than he is so it was hard for him to walk around the yard.

We finished the evening off with hot chocolate and a game of Apples to Apples.
Days like today are just such fun! 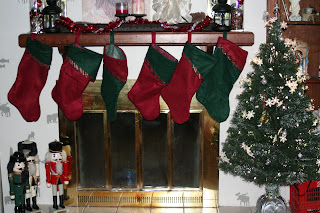 "The stockings were hung by the chimney with care
In hopes the St. Nicholas soon would be there...." 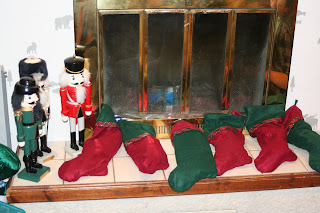 He did not disappoint. We awoke this morning to goodies in our stockings. 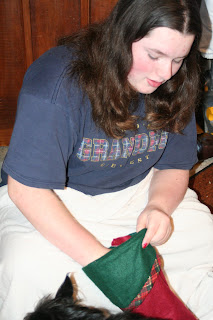 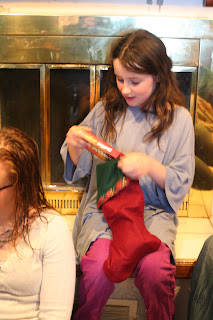 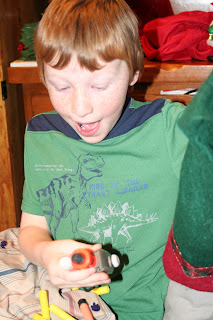 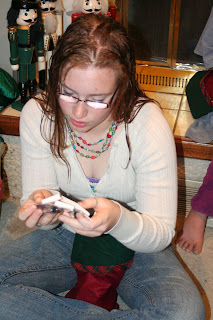 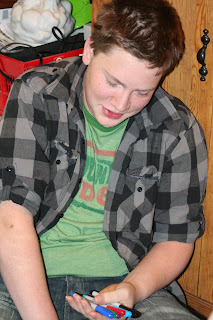 Some of us worked hard to get our trees up 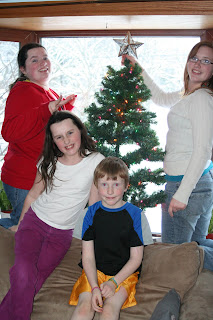 Some of us not so much! 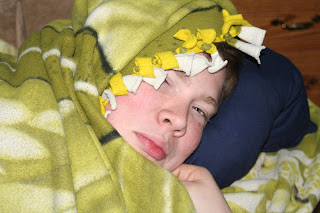 We watched a movie and read a book about St. Nick 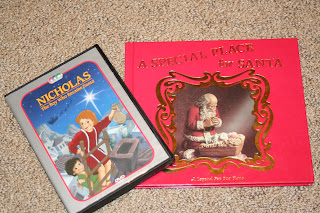 We are now enjoying ice cream and watching a Christmas movie.
Happy Feast Day from our family to yours. 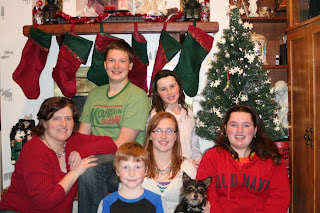 Saint Nicholas, patron saint of children,
Pray for us as we continue to prepare our hearts for the coming
of Christ at Christmas. 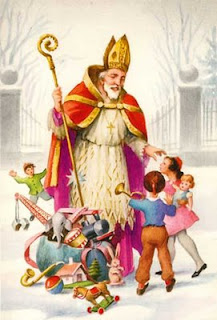 Posted by Kristina at 5:54 PM No comments: 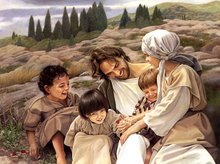